This unforgettable woman passed me on the street while I was being filmed for a documentary about my street work ( you can see the filmmaker in the background). How fortunate was I that she appeared just then?

She was lost in thought, glove dangling from her lips, extreme hairdo, like an exotic birds’, and an angular and chiseled face. I kept pace with her for perhaps 10 seconds of backpedaling on the crowded street, during which she never saw or felt me and my fascination with her.

In moments like that the street is still a wonder for me, mainly because we are all such exotic and mysterious creatures, and when instinct calls my attention to another human being, or the interaction between people, I simply accept and move with it as quickly and invisibly as I can. It’s amazing to me that I can still keep up, and that I still desire to see and know something about the moment.

This curiosity about strangers has been my passion for more than fifty years, and I am grateful to have learned the necessary behavior to be out there seeing it all and not bruising the situation in any way that might turn it from reality to something staged or predetermined. 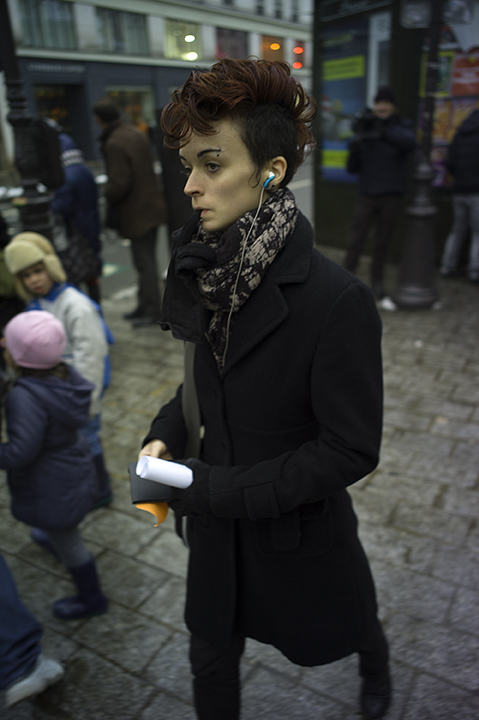