In the middle of the shoot a whole class of kids walked right through the shot. Not a problem though as it’s always been my way to accept whatever happens rather than trying to control everything. It didn’t turn out to add anything to the work though, just a pause. The day went well in spite of rain, then sun, and then grey, the works; and in fact it added variety to the feeling of the season the client was hoping for.

I worked through more than 20 setups, which is a lot for a one day shoot, but I managed, even though I hadn’t done a commercial job in more than 20 years, and I surprised myself by holding up and running around after all these young actors for 10 hours. I thought to myself at one point, ‘why are they complaining about working after being in one or two setups, I was in all 20!’ In fact, for me the best part was seeing that I could still do it.

Below is a cast and crew shot at the end of the day. 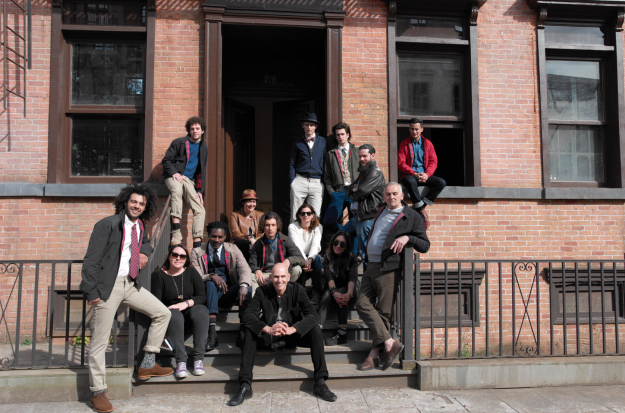 I was asked to shoot something on the set of old New York, and when I arrived I saw that all of Cinecittá seemed to be a crumbling, dilapidated, lifeless place. Film production was gone, a few sound stages were used for TV shows, and the rest of the place had become a tour bus attraction, without much attraction going for it. I scouted the place for locations and everywhere I said I wanted to shoot they said “no, off limits for now.” If not now, when, I wondered?

I finally settled for this street of old New York brownstones and other tenement like buildings. It was seedy and sad, and I told the company that hired me that it wasn’t a good choice for what they wanted. But they insisted, and since I was partly doing it as a favor for a friend, I went ahead, hoping to make the most of the hand I was dealt.

The best thing about it for me was that this was where Fellini shot his films, and more than anything else his presence, even in absence, was the strongest sensation I felt while working there. That out of this limited place he made magic. And that is part of what photography does for me; the limits of ordinary life give rise to magical moments, or unexpected flashes of insight, or quiet moments of reflection on what is right in front of me that fills me with pleasure 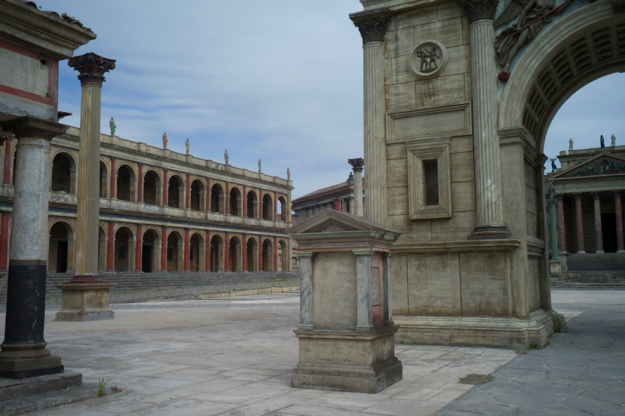