I found myself neglecting to show some of the still lives I had been making at the same time as I was making outside images. This strange collection of forms below had been up in the teatrino for days, moving themselves around into different groupings. The organic shape (a smoke bush’s flowers which had dried and became this aggregate mass of delicate twiggy forms) and for some reason seemed to want to appear with the grey shapes I was working with then. These connections come so suddenly, on instinct, that I tend not to resist and just let myself be taken in by them to see what comes of it. 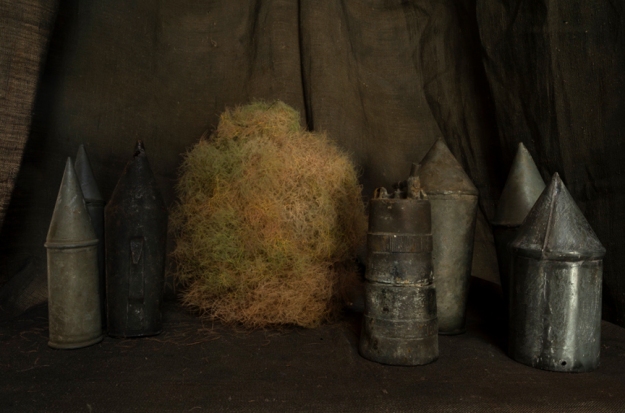